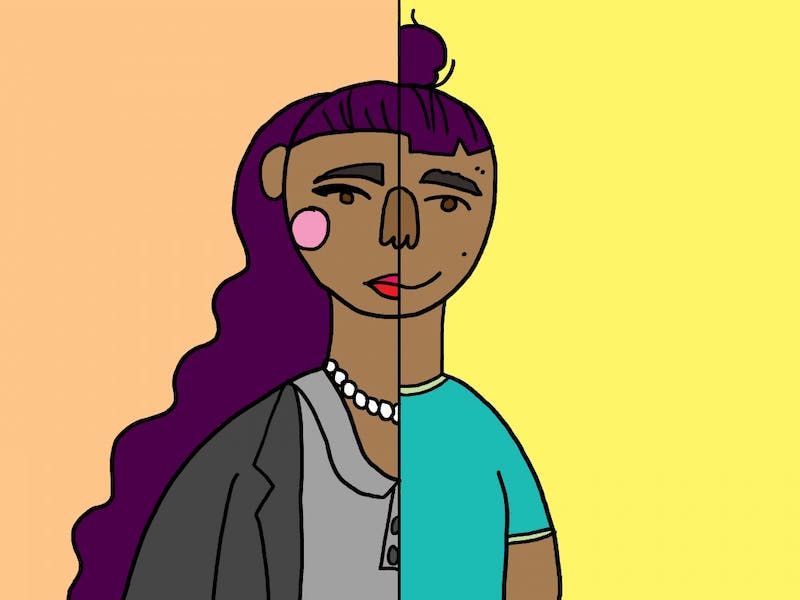 Broadcast journalism is too focused on appearance

“Women in the media go through a lot to be ‘camera ready’.” Illustration published on Monday, April 24, 2017.

Have you ever looked at the news and noticed that most women look the same?

Sitting in my journalism class, I feel like I can predict which female students will be successful in broadcast journalism purely by their appearance.

News reports have a reputation for hiring the same kind of women: white, skinny and blonde with a cleavage.

â€œAt Cronkite News, I think you’ll see a whole range,â€ Gilger noted. â€œYou will see that they are not all the same. We’re looking for the substance, someone who can break the news.

What do you think female broadcast journalists should wear?

According to Cronkite News program, there is a dress code for students, but women are not required to wear anything specific.

The program says, â€œDress as you would for a paid job as a professional journalist. Keep in mind that you may need to go on camera, attend a press conference, or interview the Governor or CEO on any given day. “

While the program does not specify that a reporter should wear makeup, some may feel an implicit pressure to do so.

I am a Cronkite student considering becoming a broadcast journalist. I prefer a natural look, so I feel like the odds are stacked against me when I go for an interview without makeup and in a pantsuit.

Gilger said there are times when someone may need makeup due to camera flaws, but looks aren’t the only thing the media should consider.

â€œI think your appearance is important to both men and women on TV,â€ Gilger noted. â€œThe voice matters too. “

Gilger said men, too, feel the pressure of their appearances. She said that there was not only a desire for young pretty blonde women, but also for fit men with full hair to be put in the air.

“There are standards and limits for both sexes,” Gilger noted.

While men may feel pressured to look and sound a certain way, women feel the pressure more, especially with visible signs of aging.

When women start to age, producers may think, “we can’t put her on the news anymore.” The reason is that she is no longer sexually attractive. It is more common to see older men on TV than to see older women.

“TV stations have the feeling that there is an acceptable or attractive look for the general public,” Gilger noted.

Gilger said local TV stations hire consultants who tell them what will sell and what won’t. For example, consultants assign stylists to help women find outfits that should appeal to the public.

Are these outfits intended to appeal to the general public or only to men? Often times, high necklines and short skirts suggest the latter.

At Cronkite, we ask people to dress professionally, moving away from a singular look.

We shouldn’t belittle a woman or consider her for a job because of her looks. There’s no pressure for a man to show up to a job interview with makeup on and his hair curly or flat-ironed, so why is it the wait for women?

Editor’s Note: The opinions presented in this column are those of the author and do not imply endorsement by The State Press or its editors.

Want to join the conversation? Send an email to [email protected] Keep letters under 500 words and be sure to include your academic affiliation. Anonymity will not be granted.