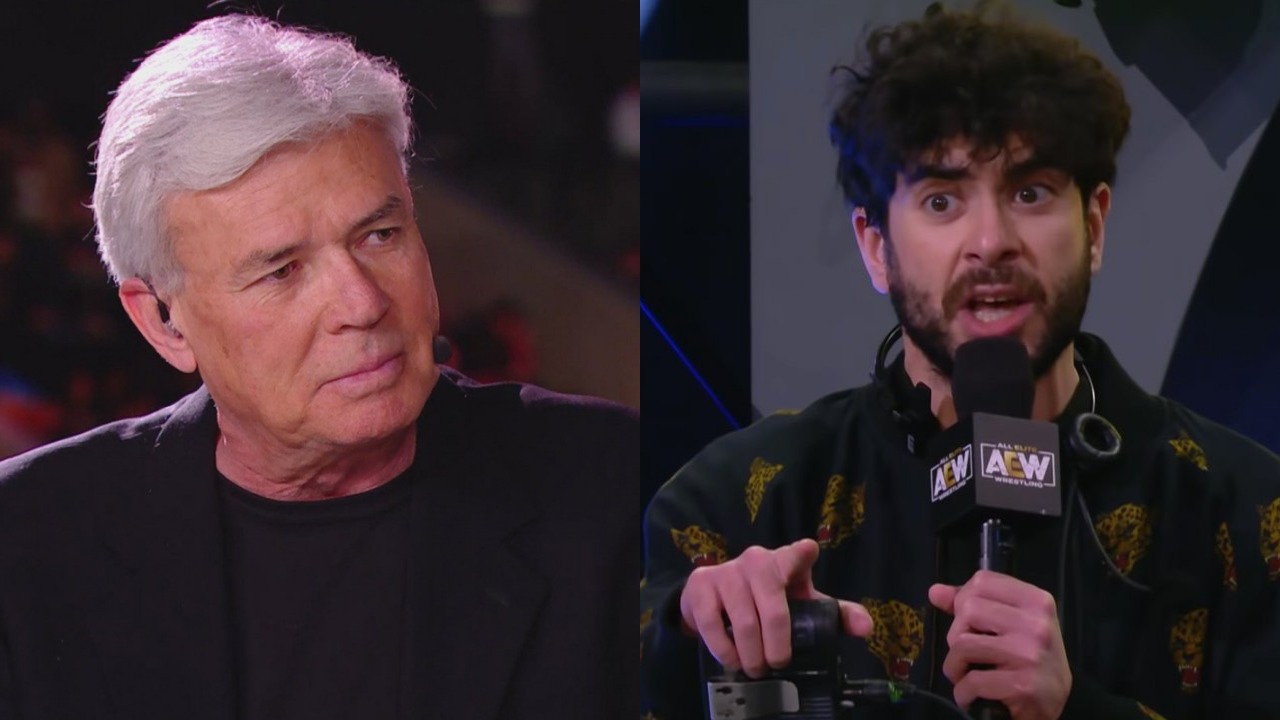 Eric Bischoff challenges Tony Khan to face off on a podcast

The recent war of words between Eric Bischoff and Tony Khan reached new heights as Bischoff challenged the AEW president to appear on his podcast.

During the post-Double or Nothing media scrum on May 29, Tony Khan fired back at Eric Bischoff in a profanity-filled rant after Bischoff called Punk a “financial flop” since joining AEW.

That was just the latest criticism the former WCW president has leveled at Khan’s business. In fact, his once-friendly relationship with AEW has gotten to the point where Bischoff doesn’t think he’ll ever be asked back on another of their shows.

Continuing the rivalry, Bischoff upped the ante yet again. Speaking on his 83 Weeks podcast (available early on AdFreeShows.com), Easy E issued a challenge to Tony Khan, telling him to reach out to their mutual friend Conrad Thompson if he “has anything to say”.

“I felt bad for Tony in a way. Then it’s like, okay, I can’t wait to fight back. I’m going to have so much fun with this. I was ready to go. I spent most of Monday morning wondering how I was going to get a flamethrower for this.

“I mean, what is that?” Friday Night Wars? What? Are you kidding me? Sufficient? I have a better idea. I’m here with you (Conrad Thompson) every week.

“You said you were friends with Tony. If you have something to say Tony, and you want to defend yourself, and Punk, you have a problem with my answers when I’m asked a question, or when someone in your organization decides to use their platform to take a swing, and then female dogs and moans like a little puppy who’s peed on the mat and knows he’s about to get smacked, I answer, and you got a problem with that? Here I am brother.

“Any time you want to get on and jump, call the big man. You have his number. He will put it in place and we will. So not a hard man to find.

This is not the first time that Eric Bischoff has issued such a challenge at the head of a major wrestling company. During the height of the Monday Night Wars between WCW and WWE, he notoriously challenged Vince McMahon to come and fight him on an episode of Monday Nitro.

In this case, the WWE Chairman declined to respond, it remains to be seen if Tony Khan will do the same.

H/T to WrestlingNews.co for the above transcript.

PODCAST | The Story: Spotlight on Mob Justice and the Horrific Murder of an Innocent