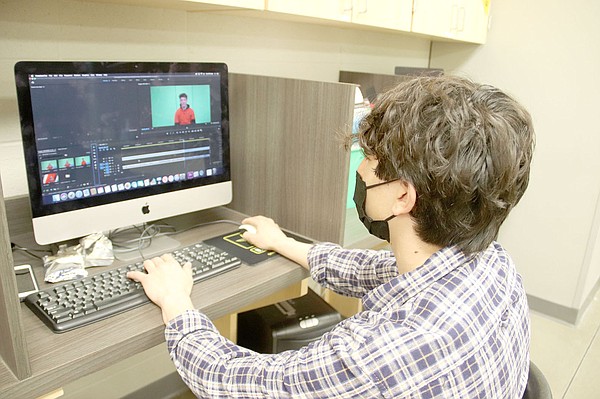 FARMINGTON – Farmington High School has received approximately $ 87,500 in grants to modernize and expand its broadcast journalism department so that it can become a certified program by the Arkansas Department of Education, according to Brian Dean, professor. broadcast journalism.

Dean said Farmington High has received a start-up grant of $ 62,475 from the state that will be used to purchase equipment for the classroom, including iMacs, Macbook Pros, cameras and lenses, headsets. and microphones.

The seed grant will provide money to purchase the equipment the program needs to become certified under the Vocational and Technical Education (CTE) Division of the education department, Dean said.

Students in CTE programs receive hands-on experience and training as part of their courses. Farmington’s broadcast journalism courses already offer hands-on training and, along with the seed grant, this will allow the school to expand this area, Dean said.

â€œWe’re going to develop a newsroom and do everything a newsroom would do,â€ Dean said.

Clayton Williams, deputy director of Farmington High, said the seed grant allows Farmington to create a “path” for broadcast journalism students. Students taking an Audiovisual Journalism course in Grades 10-12 will be able to receive a â€œConcentratorâ€ certificate, or as it was previously called, a â€œCompletionâ€ certificate.

Students will also have the option of receiving certificates when they master certain software, such as Adobe Premiere.

By taking the three courses – Television Fundamentals, Intermediate Television and Advanced Television – students will graduate from high school knowing how to shoot videos, edit videos, conduct interviews, report and be in front of a camera, a Dean said.

â€œThat means they’re deemed ready to work when they come out of high school,â€ Dean said. “Obviously I would encourage all of my students to go to college, but if they want to work behind the scenes of a TV station, they will have a head start.”

Dean also applied for and received a second grant of $ 25,000 from Casey’s General Store and its Casey’s Cash for Classrooms program. This money will also be used to buy equipment, Dean said.

Dean said he plans to purchase the new equipment this summer and the program will be certified starting in the 2021-22 school year.

â€œThis is a great opportunity for the kids, our school and the community,â€ Dean said. “We are already broadcasting all games, at home and away, and this will further develop our program in real world knowledge and hands-on training.”

The goal, Dean said, is to produce a professional-style sports broadcast program that mimics what a sports fan would watch on ESPN.

â€œFor our community, we want to provide a better product to watch,â€ Dean said.

Farmington High has other avenues for students, including pre-engineering, biomedicine, business, agriculture, and family and consumer science.

To create a new CTE path in Farmington, Dean also had to get certified to teach the courses. What makes the broadcast journalism journey so unique in Farmington, Williams said, is Dean’s experience in the field.

Dean said he thought a broadcast journalism program was important because most people now get their news, weather and sports from television.

LYNN KUTTER CORPORATE DIRECTOR Ashlee Klotzbuecher, a final year student at Farmington High School, plans to attend the University of Missouri and major in journalism. She is mainly interested in writing and would like to be a travel journalist. Klotzbuecher was involved in the school’s broadcast journalism program.