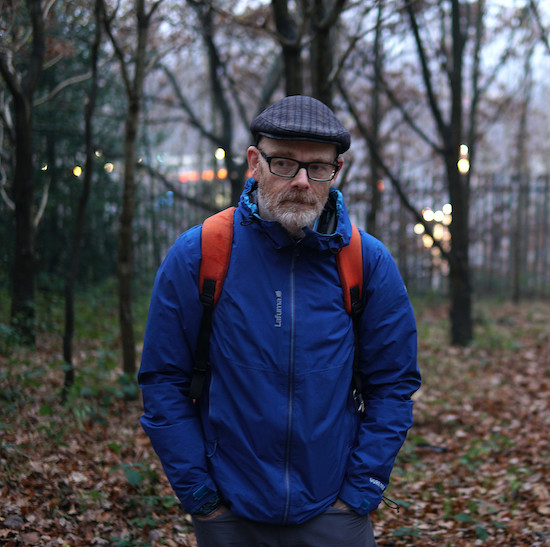 Now that John Doran and Luke Turner are never seen in the same room at the same time, speculation on the dark web is reaching a fever pitch that they are in fact the same person – simply with costume changes and a variety of prosthetic suits. – like Jekyll and Hyde in Coil T-shirts or a truly decadent, cheese-obsessed version of Fight Club.

Or, to take the official line: this month we wish Godspeed on “Luke Turner” who is absent, furiously writing in his office, a future bestseller springing majestically from his glowing word processor, then “John Doran” steps into the voice box to speak to this month’s guest.

Luckily for Doran, he’s joined by none other than Foghorn and rum music expert Jennifer Lucy Allan (speaking live from Stornaway), so the couple can interview techno producer, artist and writer Mark Fell about his cultural artifact for this month’s podcast. .

Mark chose the amazing tour de force of Wandering, Nic Roeg’s first film in 1971 proper, which concerns two white children lost in the harsh Australian hinterland – especially the beautiful and sacred landscape of Uluru-Kata Tjuta – before being led to safety by a native boy. (Don’t @ us badly searched social media pedants – Performance from 1970, although he had all the hallmarks of a classic Roeg, was a double with Donald Cammell.)

Mark avoids all the standard readings usually imposed on this strange classic of the cinema … becoming an adult as a rite, how the characters react when they are stuck outside their usual environment, the impossibility of returning to an Edenic past, betrayal communication, Western civilization out of balance with the natural environment and so on. Instead, it gives us a deeper, more personal reaction that focuses on the joy of confusing art and how we can perceive time in a non-linear way.

We soon talk about what it would take for him to embark on the making of his long sci-fi film and his outrageous (but quite tempting) practice of the “listening method”.

And Jennifer Lucy Allan has just enough time left to talk about a great new book on Wendy Carlos called Incantation, Wendy by Frances Scott, while John’s Album of the Month is I am a hole by Aya.

This responsibly produced and socially distanced podcast has been remotely recorded in accordance with the latest COVID-19 guidelines.

To listen to The Quietus’ new Low Culture podcast, you must subscribe and register for the Low Culture or Sound & Vision levels. You can read more about why we are introducing memberships and all the amazing perks you can get here and join through the checkout below.

Schaftlein Report Launches On Apple Podcast For Over 28 Million Monthly Listeners In US, Hosted By CBMJ CEO